Floki Inu is not a meme coin. IT’S A MOVEMENT. A new cryptocurrency birthed by fans & members of the Shiba Inu community. Floki Inu is named after Elon Musk’s very own Shiba Inu and he’s hungry for outer-space treats! He’s hyper-deflationary and built to reward you, so more Floki Inu coins are added to your wallet with each transaction.

We call our community the Floki Vikings. We call ourselves Vikings in honor of Floki, the Viking character Elon Musk’s dog was named after. We were forged in the storms of the Floki Inu re-launch when a team of heros saved the project and overcame all challenges to make it successful. This Viking spirit is the heart of our community.

We don't just call ourselves a movement. We back it up with action. Already, Floki Inu has been listed several times on LunarCrush’s social engagement Top 10 leaderboards. We take our community efforts seriously.

Beyond just a meme, the team is focused on utility. The Floki Inu team is composed of several large crypto influencers, like Bamidele, Uniswap Detective, and PetaByte Capital, who put their reputations on the line for this project. The Floki Inu developers include the respected and doxxed developer Moontography of $MTGY and the respected and doxxed developer Jackie Xu. Both developers have significant experience in the crypto space and have been involved in other utility coin projects, dating as far back as 2017.

This all-star team never stops building the utility of Floki Inu. In addition to the bridge, to bring utility to Floki Inu, Floki Inu has partnered with EPay to allow the Floki Inu token to be used for payment in connection with the development of a Floki marketplace ("Flokiplace") for Floki Inu merchandise. The team also recently announced the ability to use the Floki Inu token to purchase items at over 1500 stores through a partnership with CryptoCart (CC). A similar partnership with Curate (XCUR) will allow Floki tokens to be used as payment on the XCUR physical goods marketplace that launches soon. Other things are in the works including capitalizing on the hype of NFTs, gaming, and payment services.

In summary, Floki Inu is not an ordinary "memecoin." Although Floki Inu leverages its meme potential and connection to Elon Musk's dog, it is building utility. Floki Inu is a movement, it is utility, and it will compete with the top crypto currencies in this market.

Earn rewards for holding FLOKI has been designed to be a deflationary token which rewards you simply for holding. A percentage of all buys and sells go towards reflection to holders. All you have to do is hold your Floki Inu tokens in your wallet and reflections are automatically added to your wallet. It's that easy!

Next
How to buy 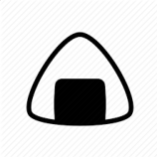